After two semesters with UTeach Maker, Paige Arneson and Hannah Spock were excited to show everybody the progress they had made by presenting their Maker Showcases. Highlighting her passion for biology and sewing, Paige presented her e-textile circulatory system. Her design involved using conductive thread, fabric, sewable LEDs, and a Lilypad Arduino that would light-up to demonstrate circulation in the human body. 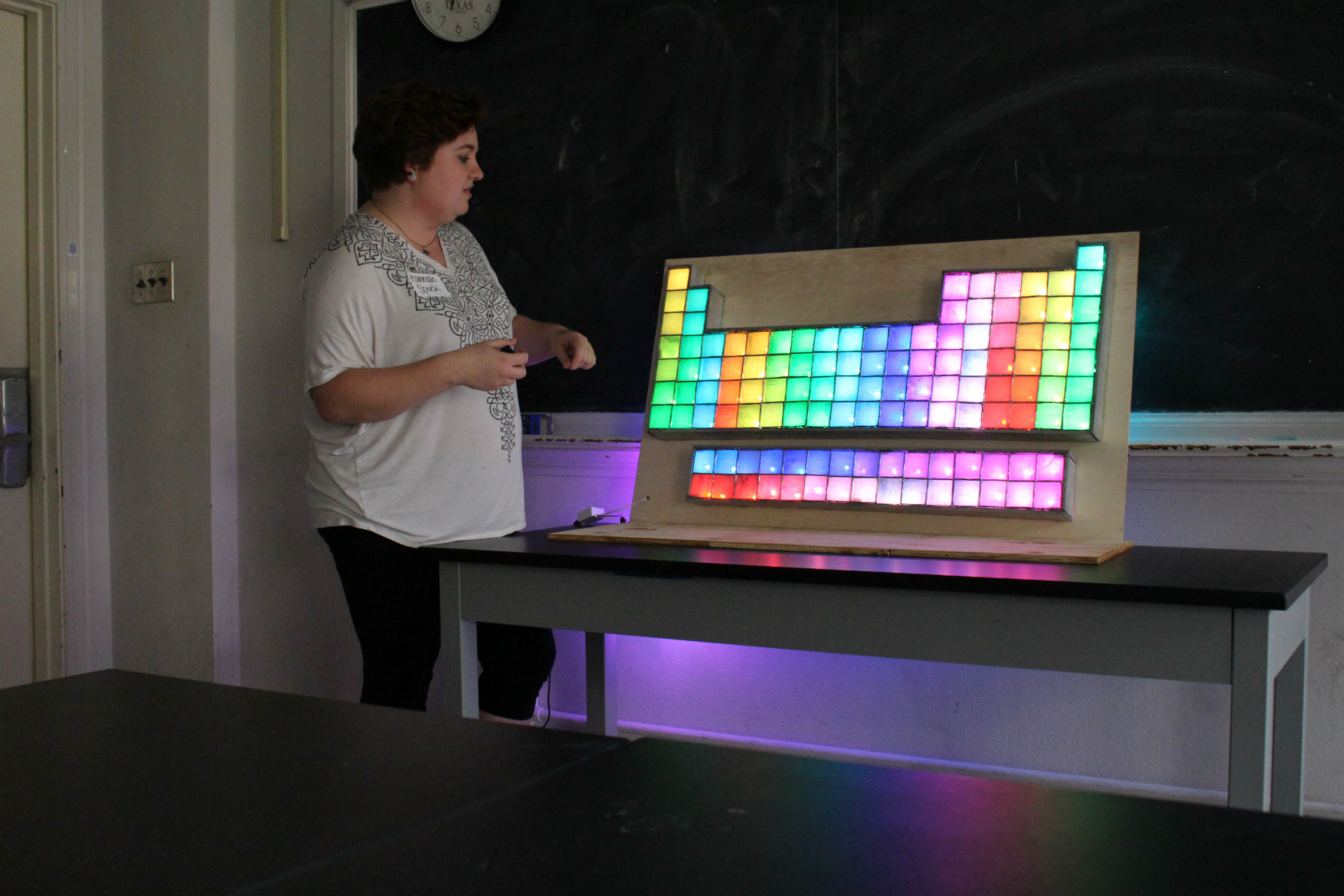 Hannah, a chemistry major, decided to design a custom period table for her future classroom. Using plywood, stain glass, and individually addressable LEDs, Hannah's periodic table was a big success. Her project represents the first iteration since it currently uses an off-the-shelf controller to make the LEDs change color. Using an Arduino or Raspberry Pi, she plans on upgrading the board so certain groups of elements, such as the alkali Earth metals, can be illuminated at the press of a button. 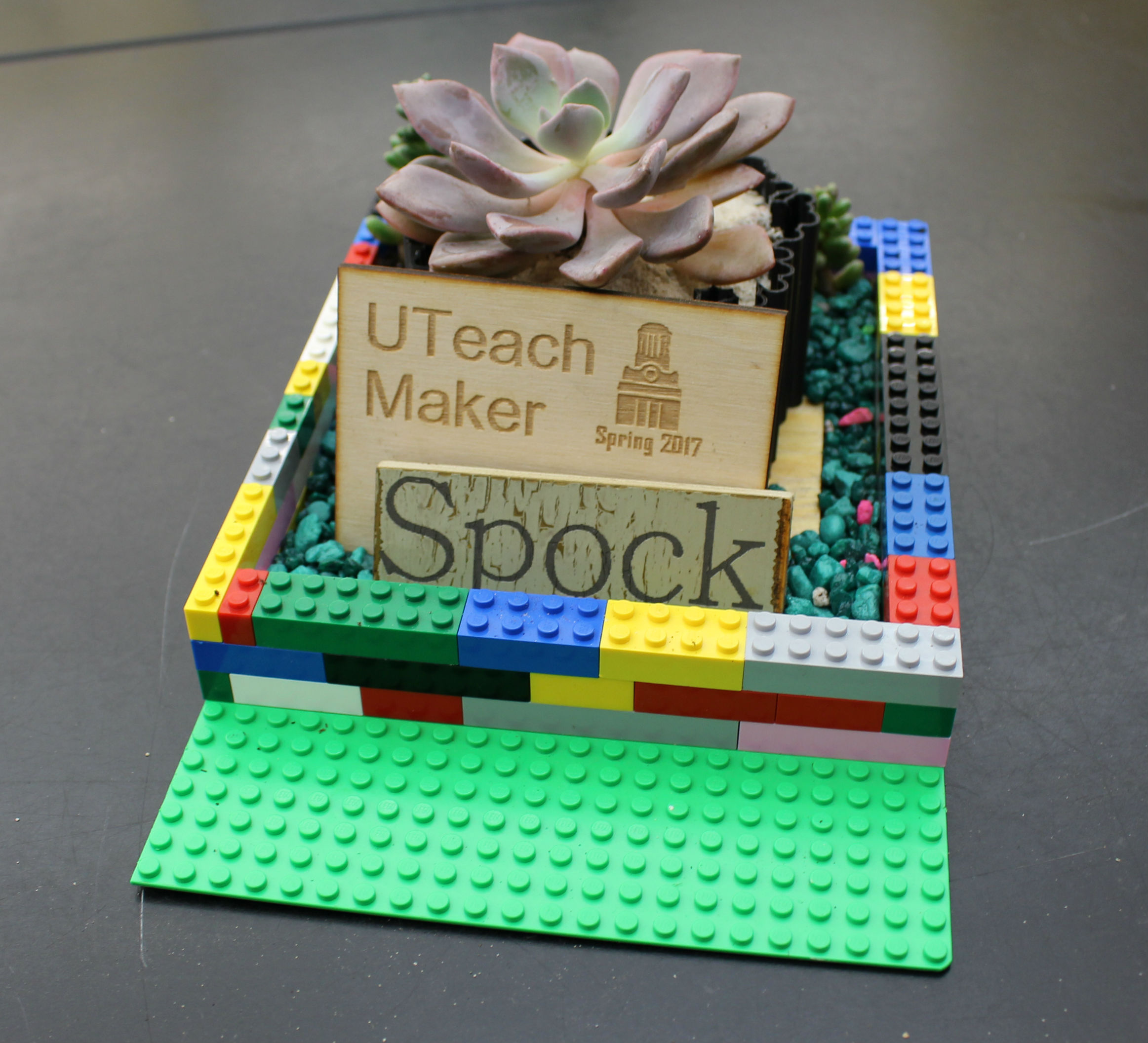 Each of the Maker Showcase presenters were given a custom-designed gift by their peers and UTeach Maker Mentor. Inspired by our recent trip to Articulture, Hannah received a laser-engraved name tag nested in Lego bricks with gravel and a succulent plant. Paige's team made her a custom laser-engraved glass name tag for her desk, that was nested in a box and would change colors with LEDs controlled by a Raspberry Pi. 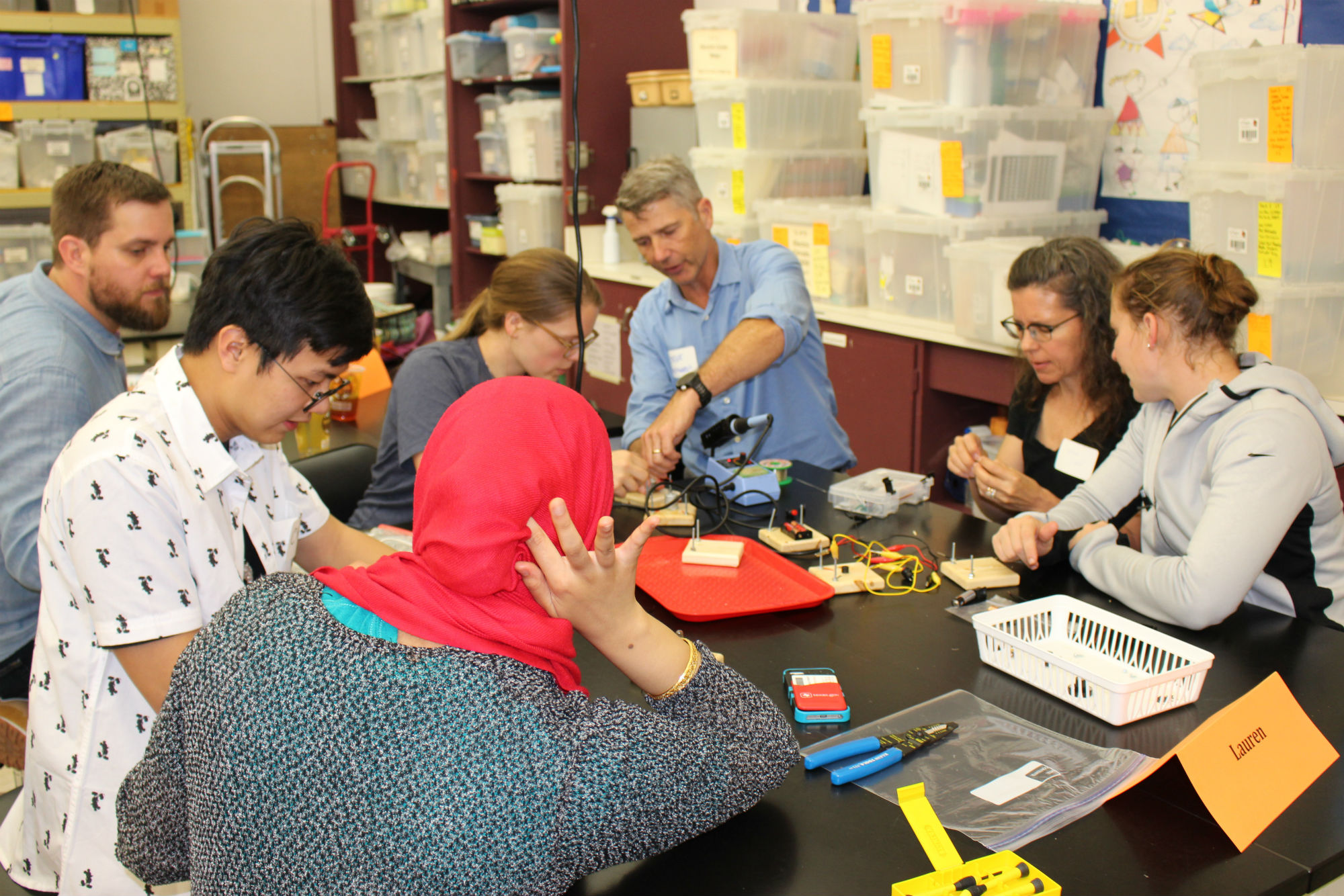 Finally, as a group activity, each group was given materials to create Circuit Blocks. Using 3/4" thick block of pine, bolts, nuts, wires, and various electronic components such as buzzers, lights, motors, and batteries, each group worked on assembling blocks to be used in Step 1 as part of a new electric circuit kit. Congratulations to our first cohort of UTeach Maker Fellows, and the end of a great first year!