On Tuesday, December 4th, UTeach Maker was proud to showcase the work of three new UTeach Maker Fellows at our Fall 2018 Maker Showcase. Members from the UTeach Maker Consortium, made up of representatives from Boise State University, University of Houston, and West Virginia University, along with Stephanie Chang and Jakki Spicer from the Maker Ed Initiative were in attendance for the event. The evening kicked-off with a Maker Playground which highlighted projects that our makers and mentors have been working on over the past semester. Lauren Siegel and her crew from MathHappens were showing a variety of laser-cut mathematics manipulatives, Rich LaGrand from Charmed Labs demonstrated his color tracking Pixy camera, and Kyla Kalugdan unveiled her work-in-progress bike tire driven Frisbee throwing machine. 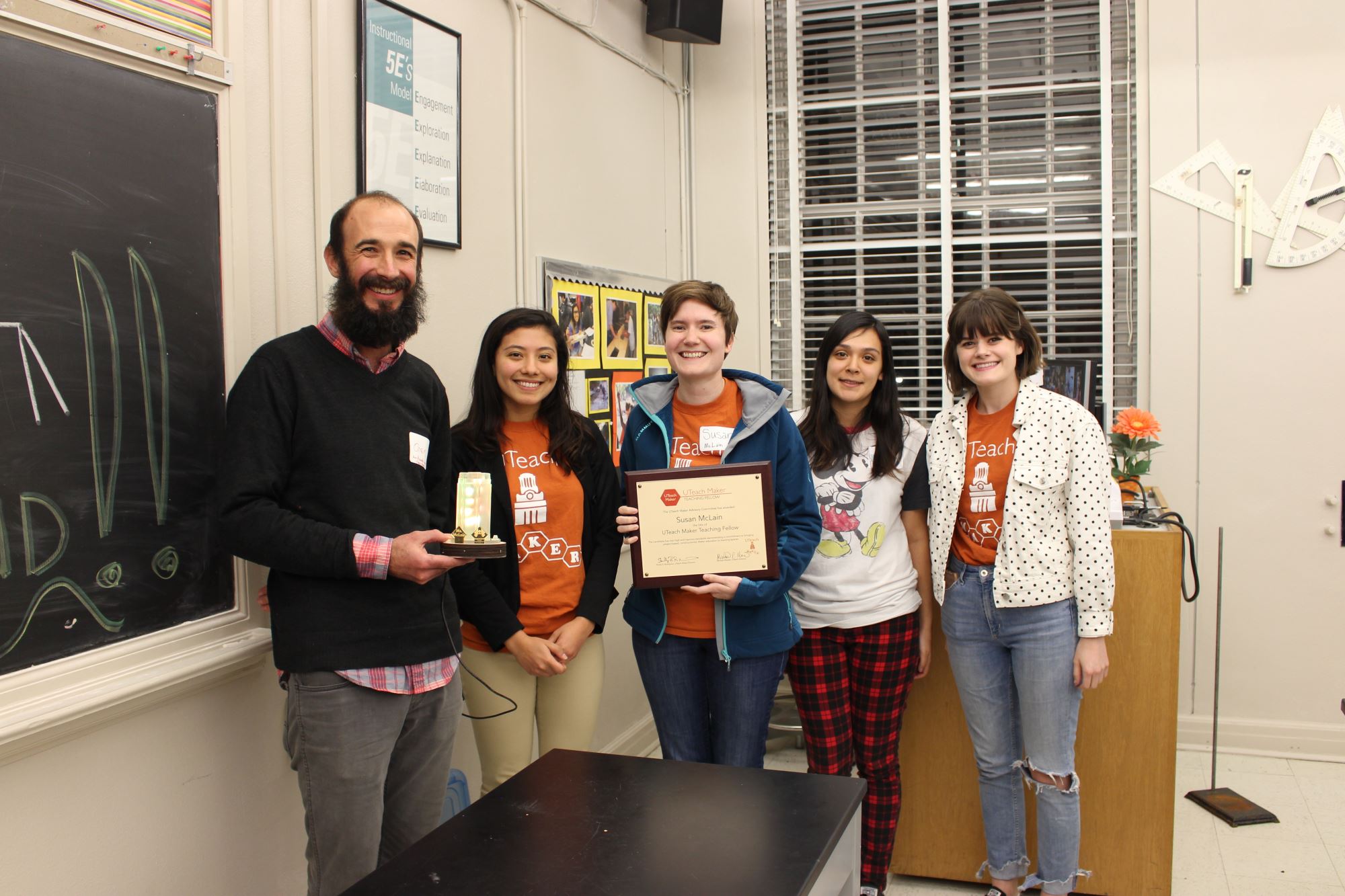 Our first new UTeach Maker Fellow of the evening was Susan McLain. Susan is a Noyce Scholar who has been with UTeach Maker since the beginning of the program. As part of her showcase she highlighted how making has impacted the way she teaches in her classroom through maker mindfulness and the building of miniatures. She has also applied making outside of the classroom with the creation of a custom storage box for her dungeons and dragons gaming materials and 3-D printed templates to use as part of the game. 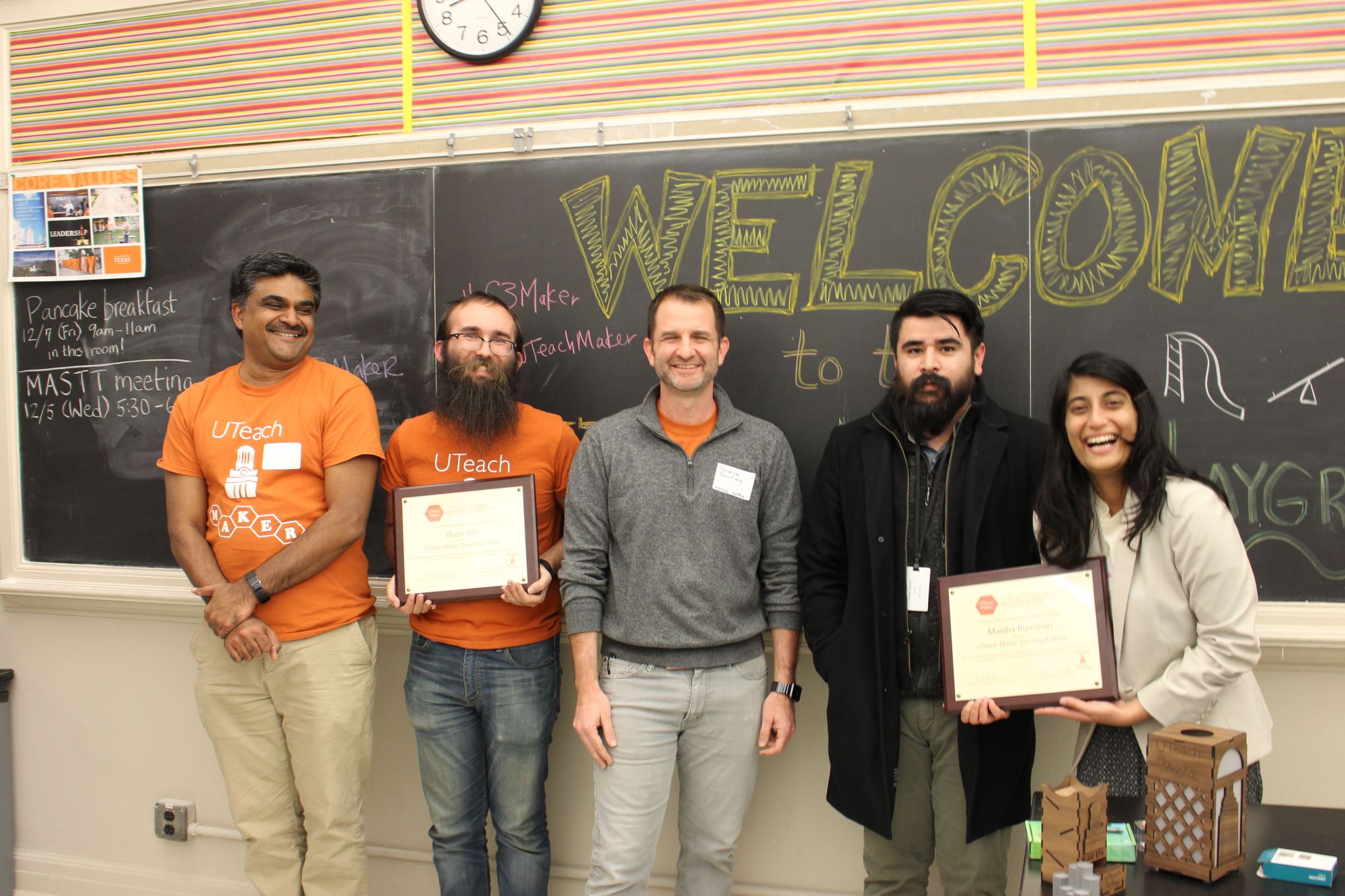 Our second maker to showcase his work was Blaze Utz. Blaze discussed the impact of reading Seymour Papert's Mindstorms had on how he viewed the role of coonstructionism in engineering classroom. Following plans he found online, he demonstrated an Altoids tin sized amplifier that he had built for his headphones. Our third presenter was Maisha Rumman, who demonstrated her electromagnetic interference (EMI) detector. Using an Arduino Uno, an LED display, coiled copper wire as an antenna, and a PC speaker, she was able to detect wasted energy to help her students think about energy conservation. In addition, UTeach Maker Fellows Kira Lowery and Krystal Evans presented how they've implemented making in their classrooms since graduating. 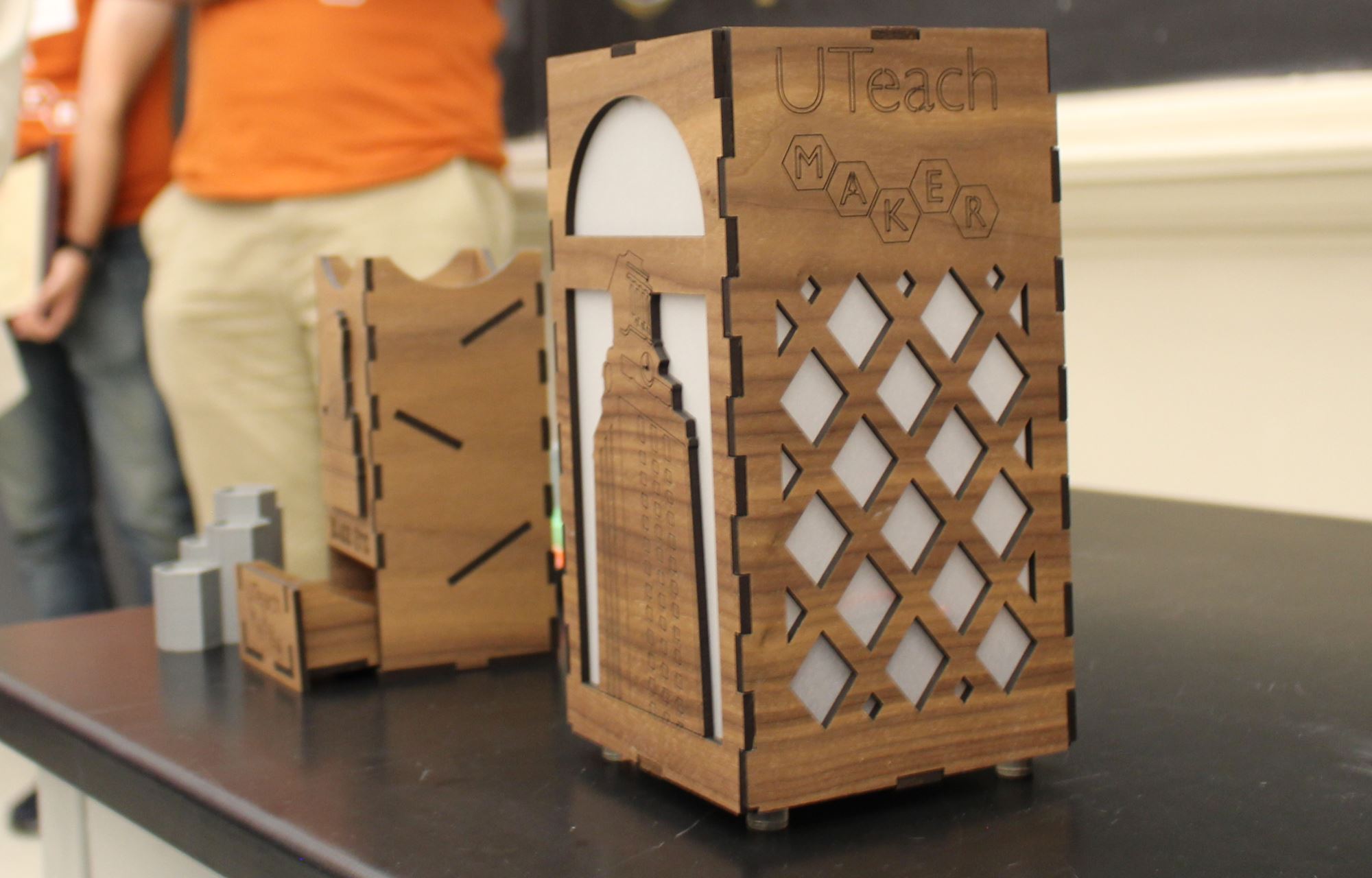 A big thank you to everybody who was able to attend the cohort meeting and share in the accomplishments of our latest UTeach Maker Fellows. Be sure to RSVP for our upcoming Make a Programmable Light-Up Snow Globe workshop that will be hosted at St. Edward's University. On behalf of Shelly Rodriguez and Jason Harron, we'd like to thank everybody who makes UTeach Maker possible!