On Sunday February 17th, UTeach Maker had a weekend workshop featuring mathematical bookbinding lead by UTeach Maker Mentor and PhD student, Natalie Freed. Inspired by Japanese binding techniques, participants learned the mathematics behind bookbinding in order to create custom patterns where threads did not overlap. Natalie shared the history behind the binding techniques and showed several examples of both traditional books as well as her own creations. 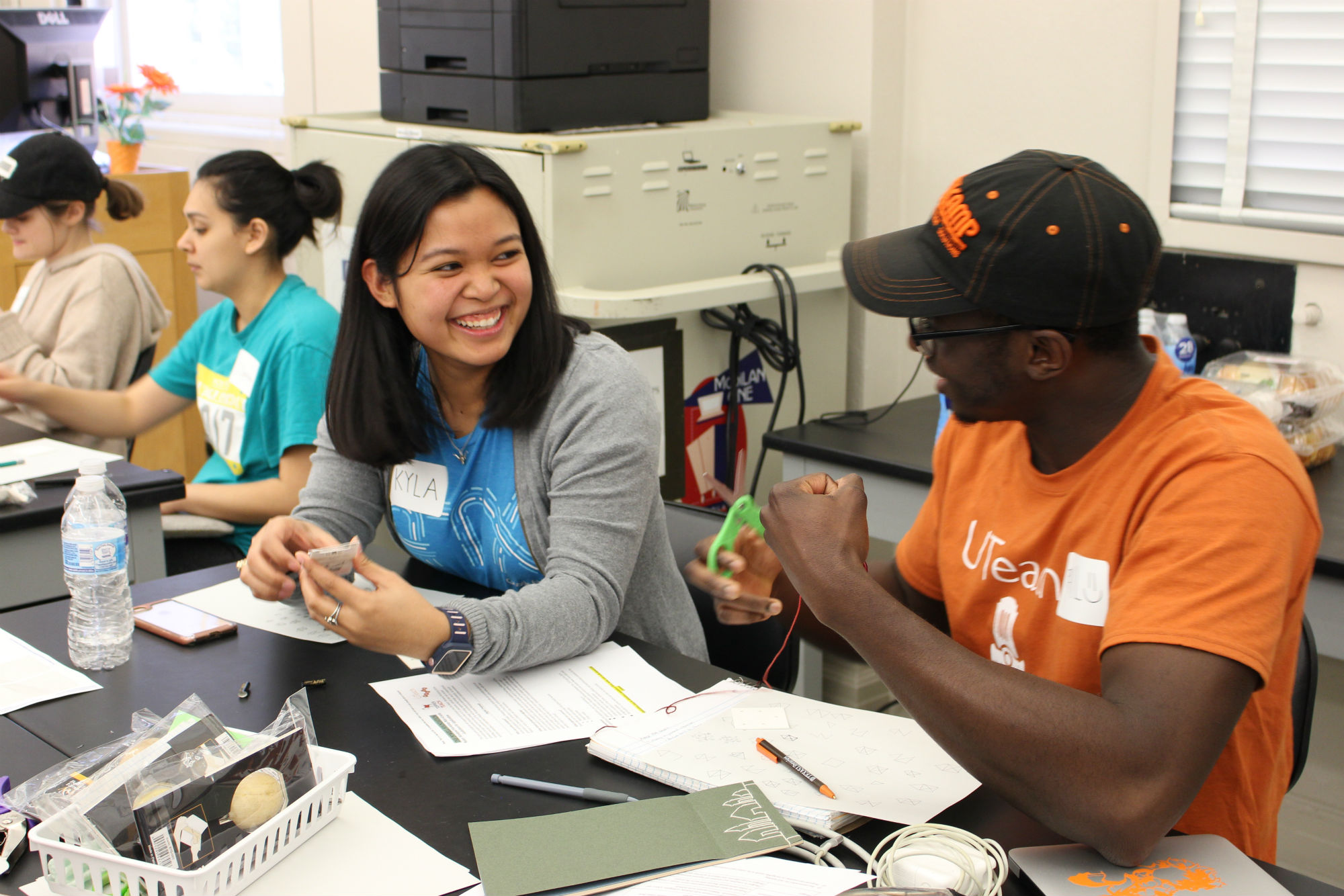 The workshop began with a mathematical puzzle of figuring out a connect-the-dots pattern in the shape of the house. Participants were challenged to find as many possible ways to connect all dots without crossing a previous path by tracing their path with pens and paper. The theory was then put into practice with the use of needle and thread to physically sew the pattern into a piece of heavy card stock. 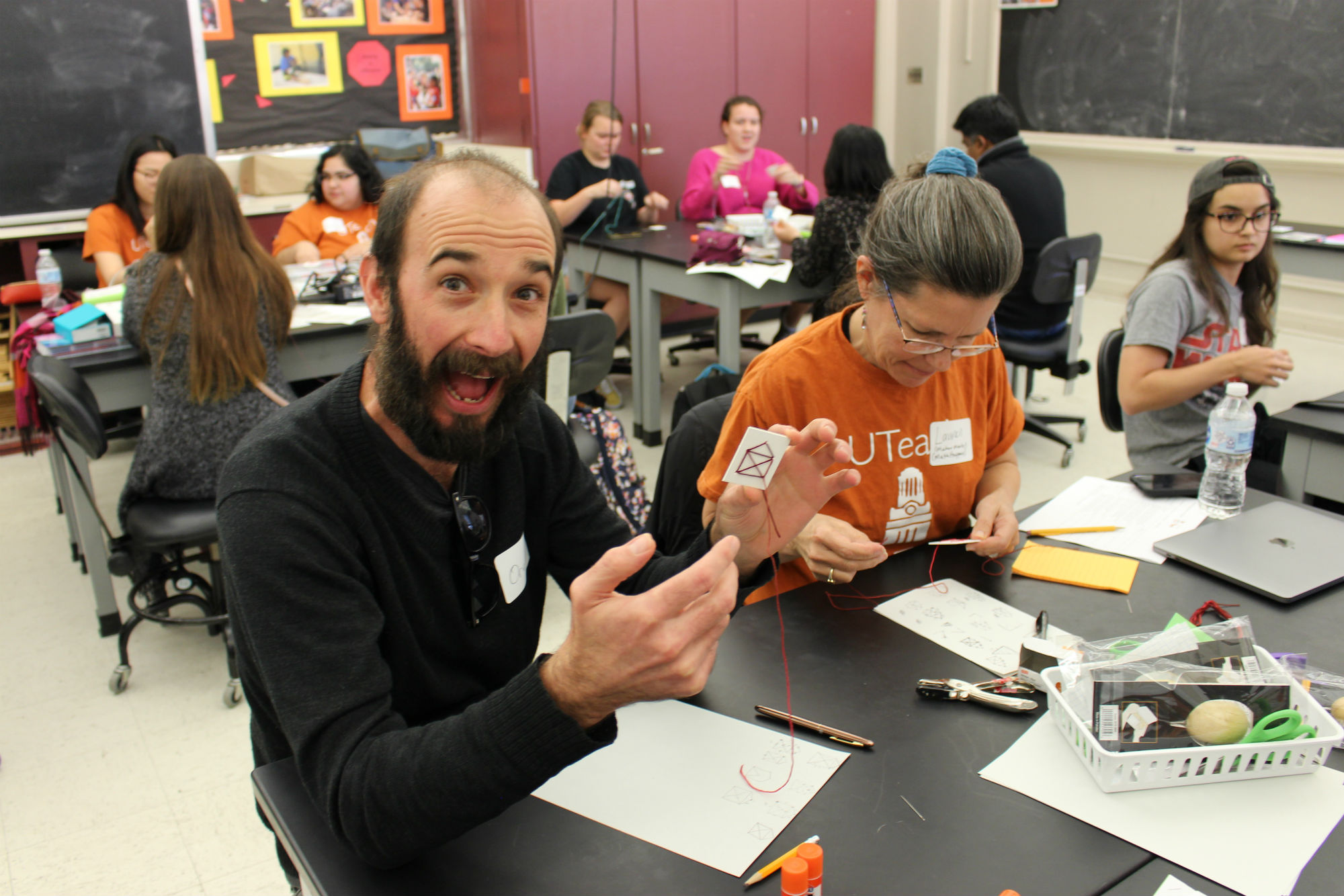 Through the process of inquiry, participants were challenged to create a rule to figure out whether a series of patterns were mathematically possible to sew without overlapping threads. Based on the Seven Bridges of Königsberg, Natalie shared Euler's answer to the problem and the resulting mathematical theorem. Participants were introduced to an app that Natalie developed called Stab Book Designer to create custom bookbinding designs along with algorithms about how to sew them. 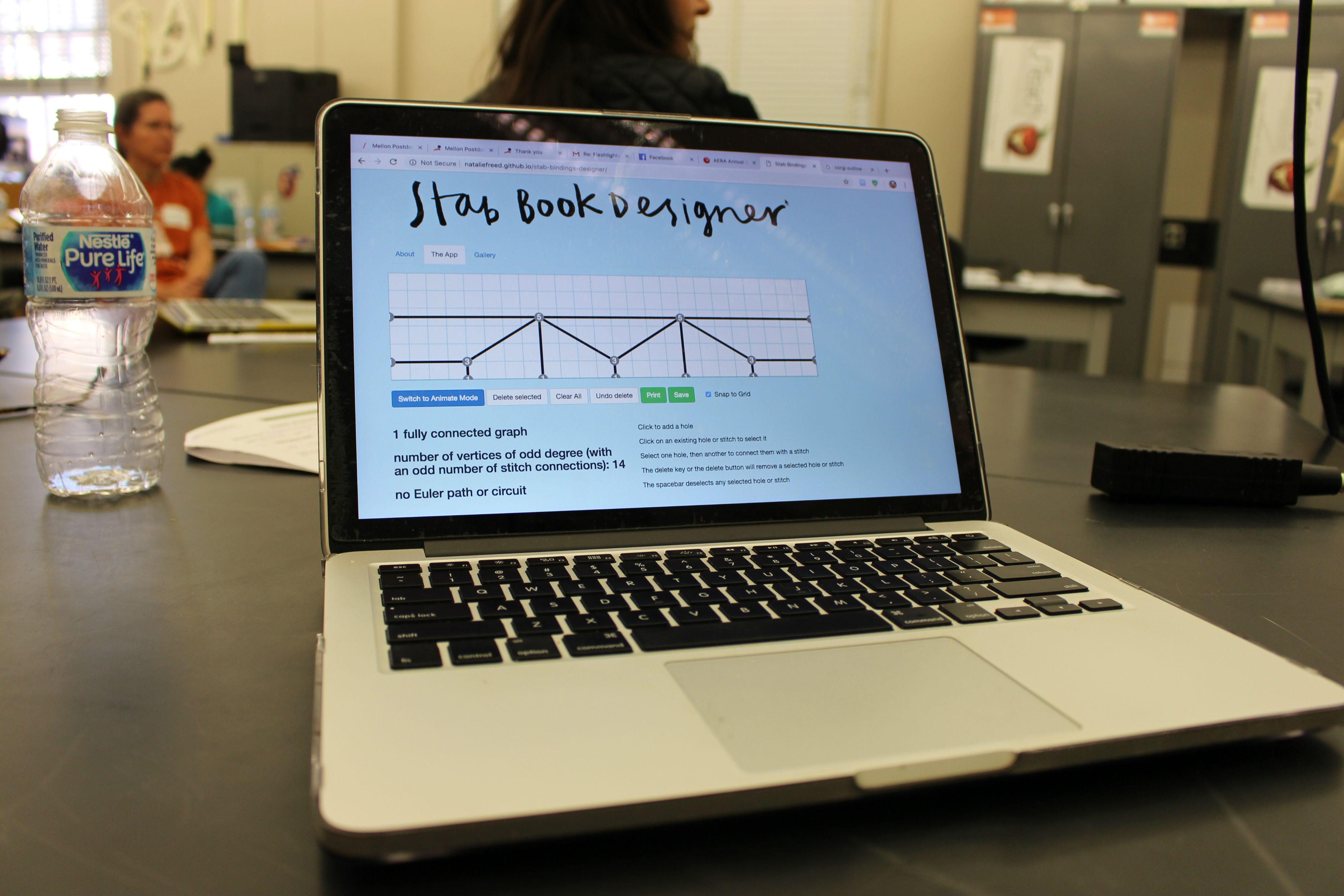 Afterwards participants were given an opportunity to design their own bookbinding patterns based on the rules that they had uncovered from the workshop. Holes were punched into card stock and paper with awls, paper punches, and drills, and then sewn using colorful yarn. A huge thanks to Natalie Freed and UTeach Maker for hosting the workshop. We look forward to seeing everybody on Tuesday, March 5th at co.lab for the unofficial SXSW Maker Ed meet-up!