On Monday, May 20th, UTeach Maker hosted a Make For All meet-up to kick-off their commitment to the Make For All initiative. There were over 40 participants representing over 20 universities from UTeach replication sites. The evening began with a showcase of making that has been taking place at UT-Austin and from members of the Austin maker community. Participants had a chance to see student projects from the Step 1 final maker project and create their own UTeach Make For All button. 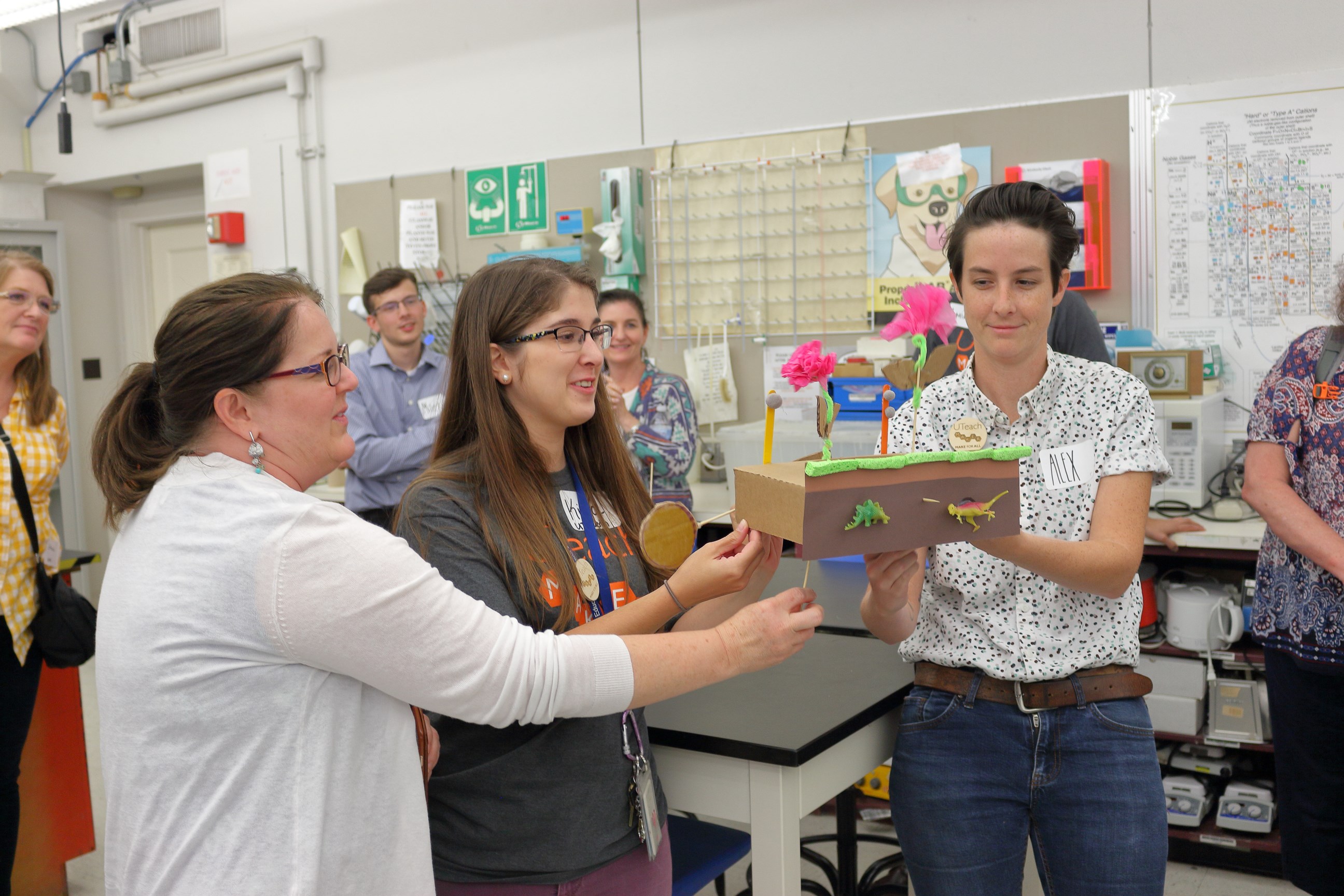 The evening centered around learning about how making has been incorporated at UT-Austin through hands-on activities. Similar to the April cohort meeting, Shelly and UTeach Maker Fellow, Krystal Evans, lead the group through the Cardboard Conceptions challenge. Participants were grouped-up based on a number that was pre-printed on their name tags to encourage introductions to new people. 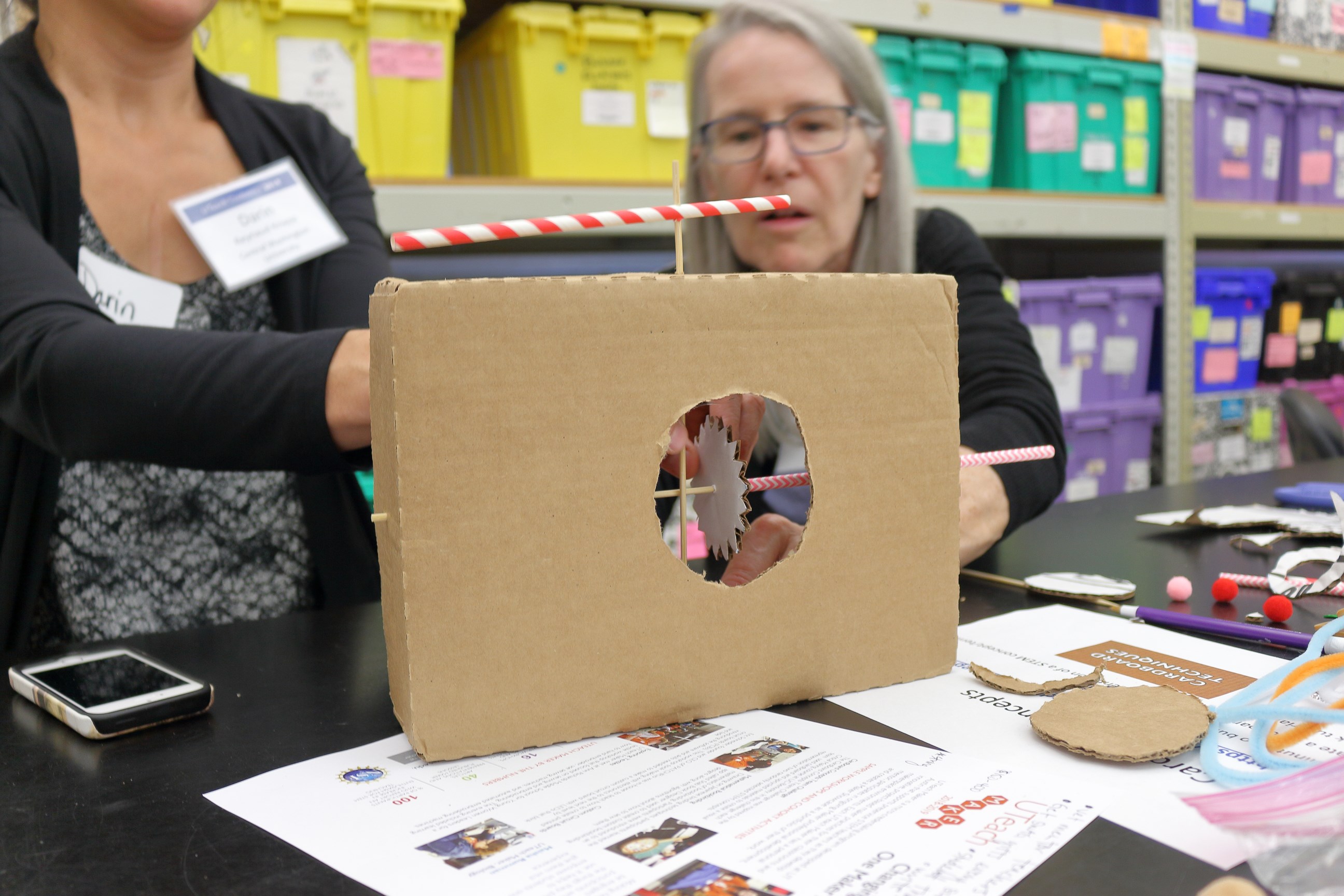 J.E. Johnson, from Texas Performing Arts, was present to provide a tutorial on various tools and techniques for working with cardboard. Participants were given a baggie which contained felt pom-poms, pipe cleaners, googly eye, and other craft-based items. Within this baggie was a sheet of paper which contained three STEM-based terms, such as "momentum", "tectonic", and "metamorphosis". Participants were given 40 minutes to create a physical representation of one or more of the terms. 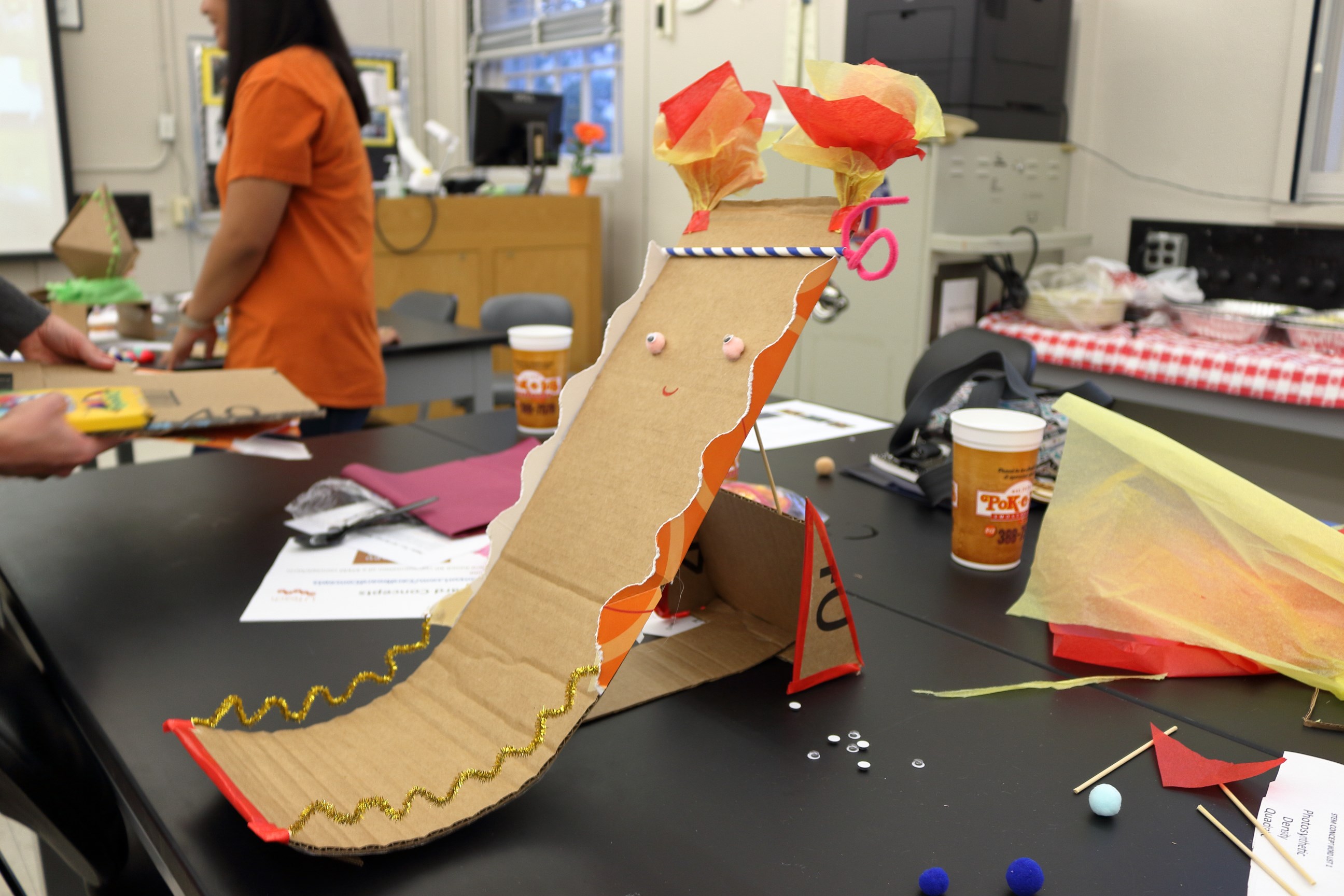 After 40 minutes of creative activity, the group reconvened to share their creations. Projects included en embryo egg that hatched to reveal is dinosaur, the use of a cardboard gears to swing a bat to cause kinetic energy, the creation of a stunt ramp covered in "flames" to represent the quadratic arch of projectiles, and kinetic sculpture that took three people to operate to discuss the carbon cycle. We would like to thank all the participants who attended the UTeach Make For All meet-up, and we look forward to discussing how we can incorporate making into your STEM preservice programs!