On Sunday November 18th, Eric Schneider, founder and CEO of PATCHR.io was back for the second part of the create your own printed circuit-board (PCB) workshop. After the first workshop, UTeach Makers uploaded their PCB designs that were created in PATCHR.io. Over the past month Eric and his crew reviewed the designs for errors and milled them on their Bantam Tools desktop PCB milling machine. 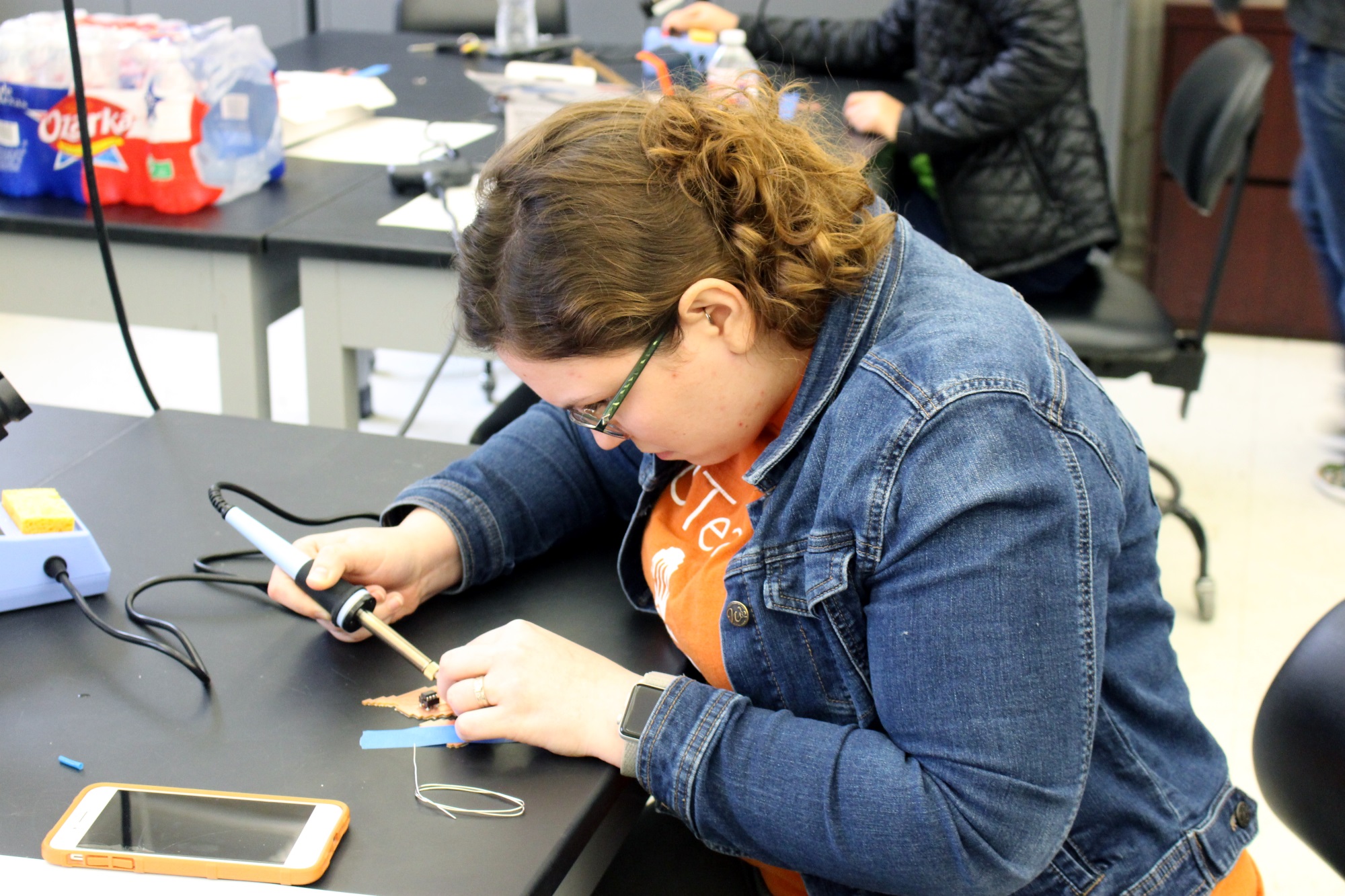 Workshop participants received two milled circuit-boards on a copper plate which included holes that were drilled for solid-state components such as LEDs and resistors. Eric provided a soldiering tutorial to attach larger components, such as the coin-cell battery holder, as well as through-hole components, such as the LEDs and resistors. Through trial-and-error, the UTeach Makers developed their skills in soldier as they learned to identify good and bad solider joints. 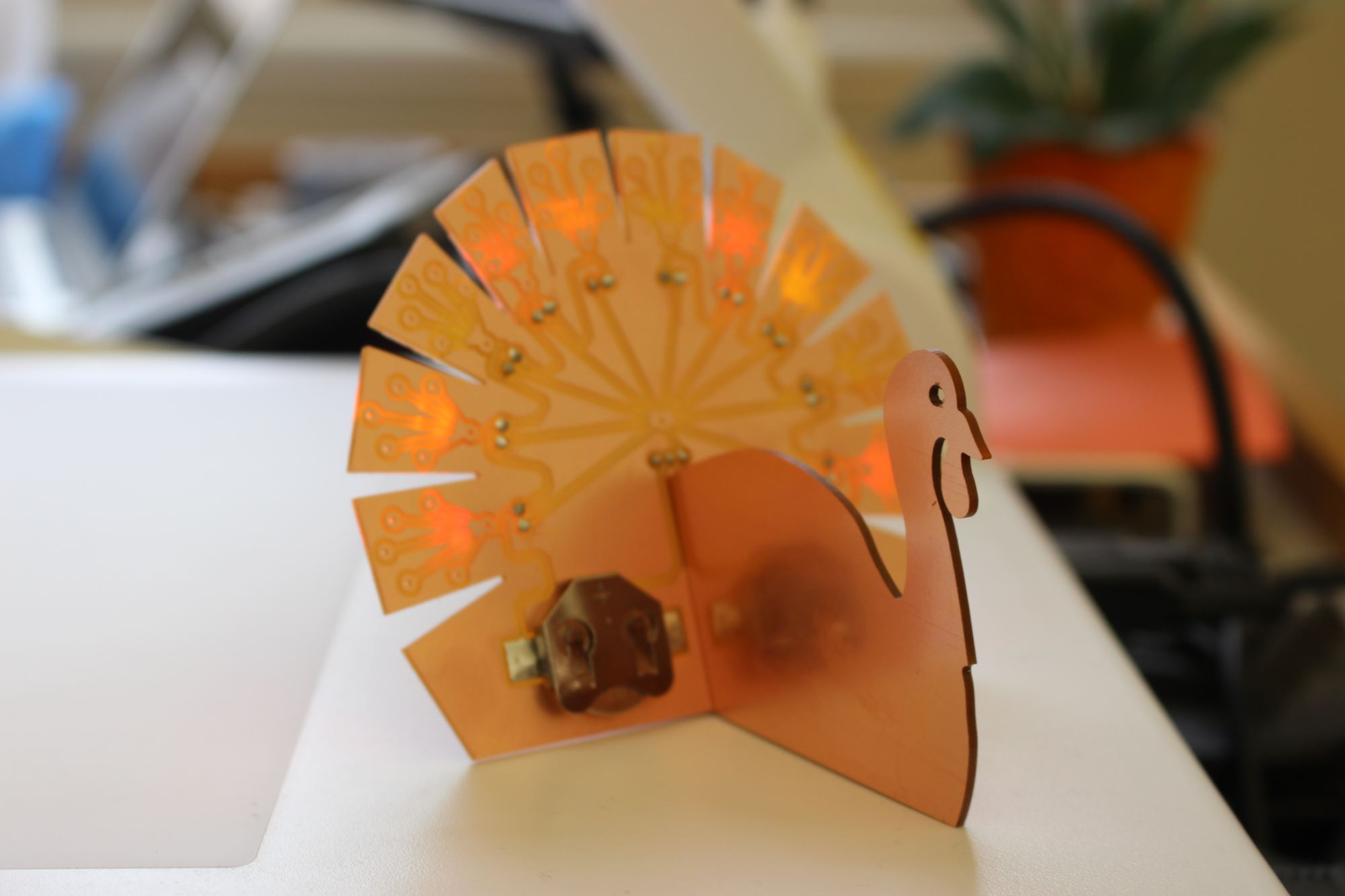 While many of the UTeach Makers have made circuits with copper tape and LEDs, this was the first time that all participants had made an actual PCB and soldiered through-hole components. Since many of the circuits included a ATtiny85, the next step is for out UTeach Makers to reprogram the chip to customize how their LEDs blink. We would like to thank Eric and PATCHR.io for this exciting two-part workshop series!