On Sunday October 21st, Eric Schneider, founder and CEO of PATCHR.io was in-house to teach how to create printed circuitboards (PCBs). This workshop took making with electronics to the next level by introducing the software and skills needed to make a custom circuitboard with LEDs that blink and fade. Eric provided numerous examples of circuitboard that could be worn as badges or pins, such as french fries with yellow LEDs or a light-up Christmas tree. 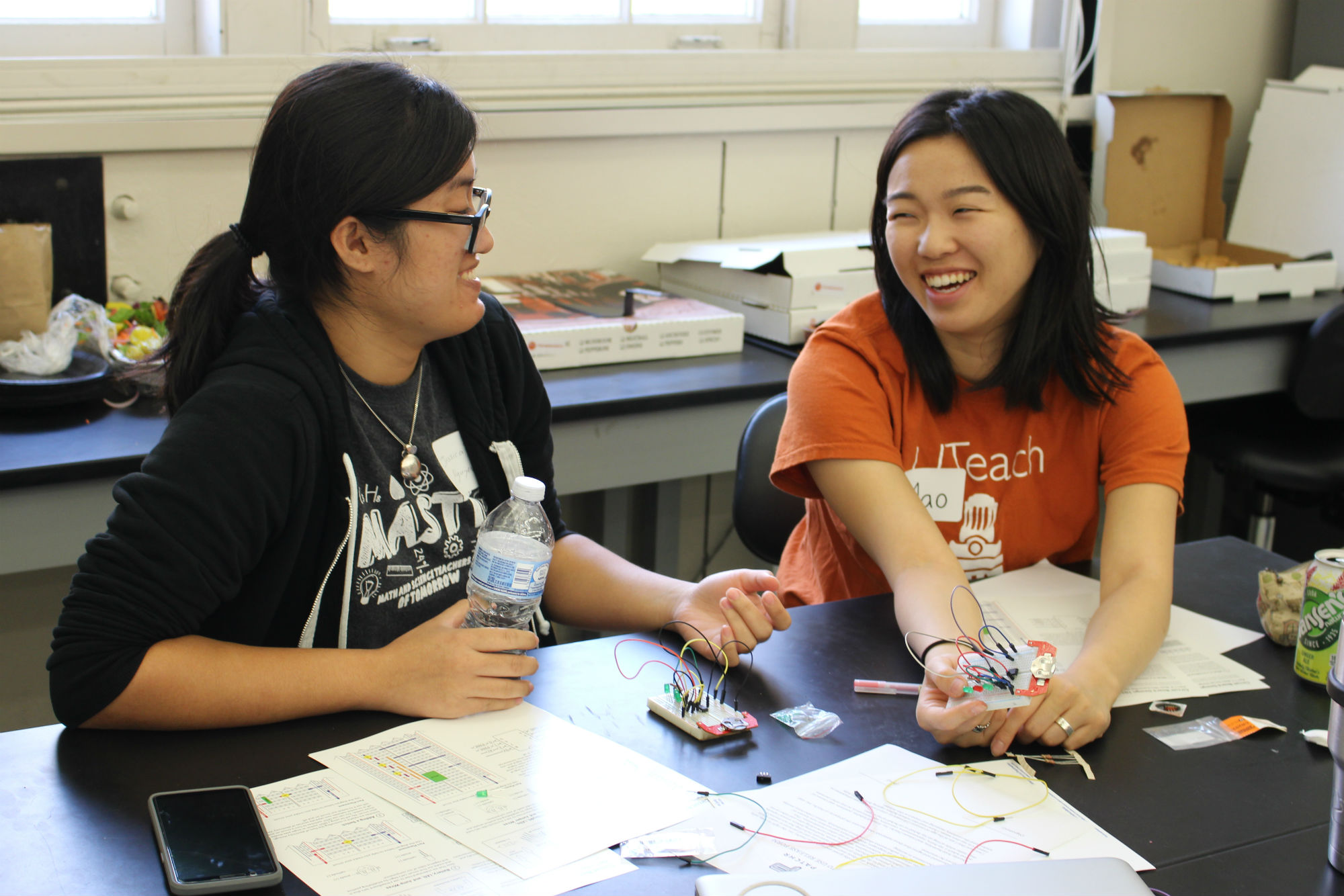 The workshop began with the basics of breadboarding, a prototyping technique that allows you to connect wires using a series of rows and columns without the need for soldering. Using a custom coin-cell battery holder on the breadboard, UTeach Makers made a single LED light-up before adding a switch that allowed them to toggle between two LEDs. There were plenty of opportunities for troubleshooting as the makers discovered how the three pins of the switch worked. 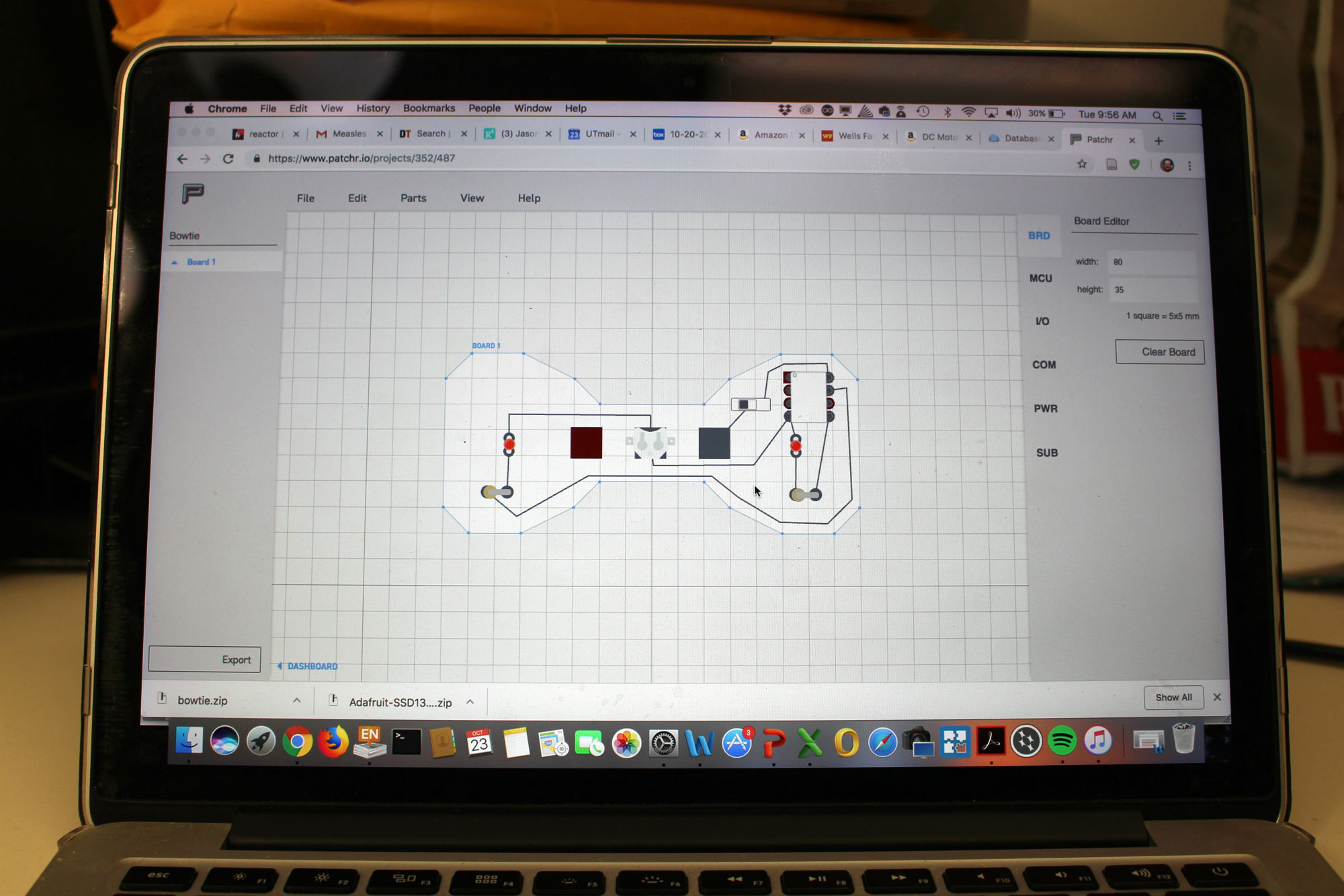 Using a preprogrammed ATtiny85, UTeach Makers were given a circuit diagram with three LEDs that stayed on solid, blinked, or faded on/off. This provided an opportunity to introduce how microchips and resistors worked in a circuit, and to see how it is possible to have a custom programmable circuit without the need for an Arduino of Raspberry Pi. Many makers also decided to integrate the switch from the previous activity into their circuits to turn them on and off. 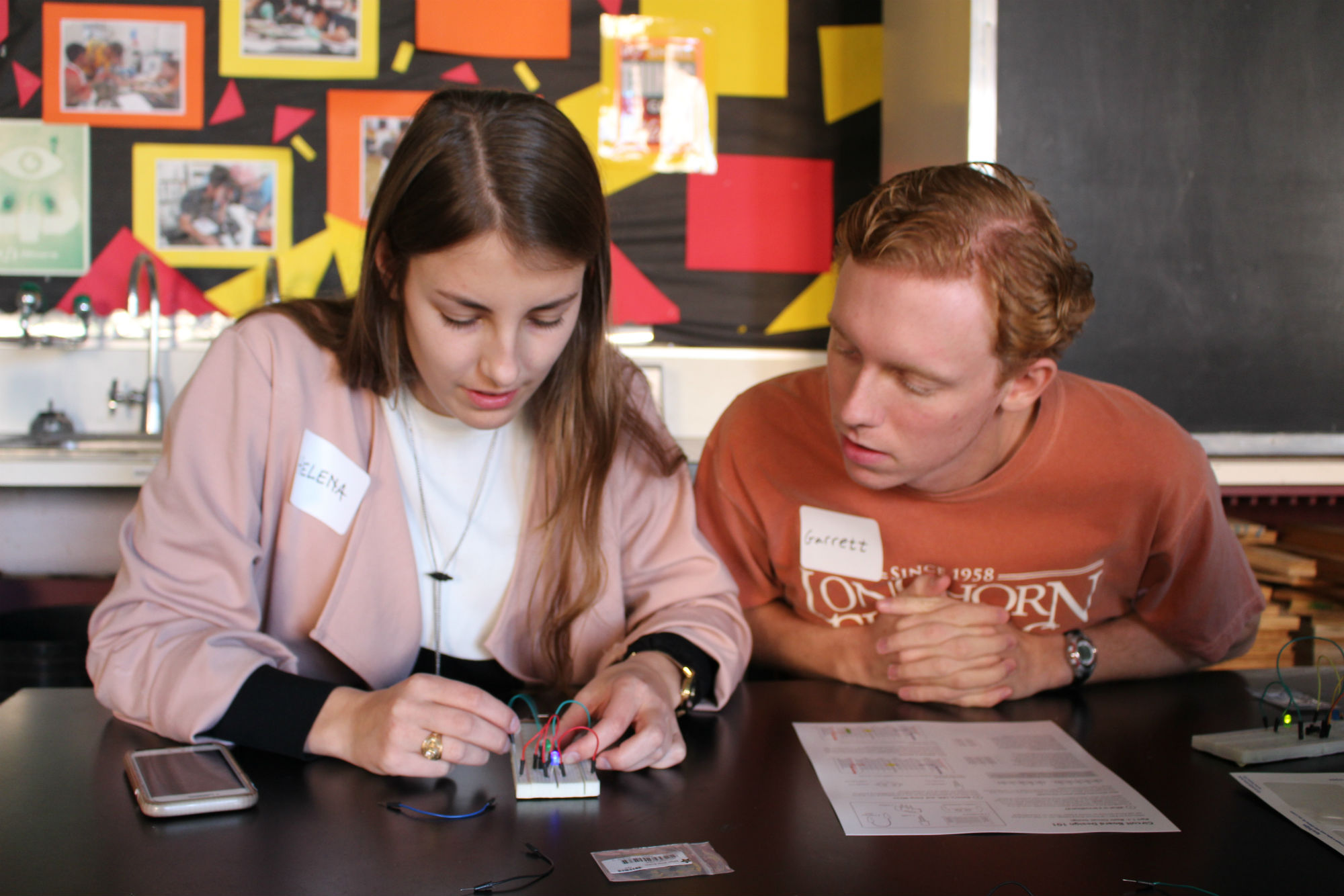 Finally, Eric introduced everybody to PATCHR.io. This software allows you to design your own PCB by creating the size and shape of the board that you want and visually adding the components. UTeach Makers designed light-up bowties, flames, and various other shapes. This boards will be printed using a copper plate and Eric will be joining us again on Sunday November 18th from 12:00-3:00p to solder and complete our custom PCBs!