Welcome back! UTeach Maker officially kicked-off with our Fall 2017 cohort on 09/05/2017 with our makers and mentors in attendance. We learned about all of the exciting creative activities everybody had done over the summer, such as Lauren's Human Sundial, and welcomed our newest Maker Mentor, Rich LeGrand. 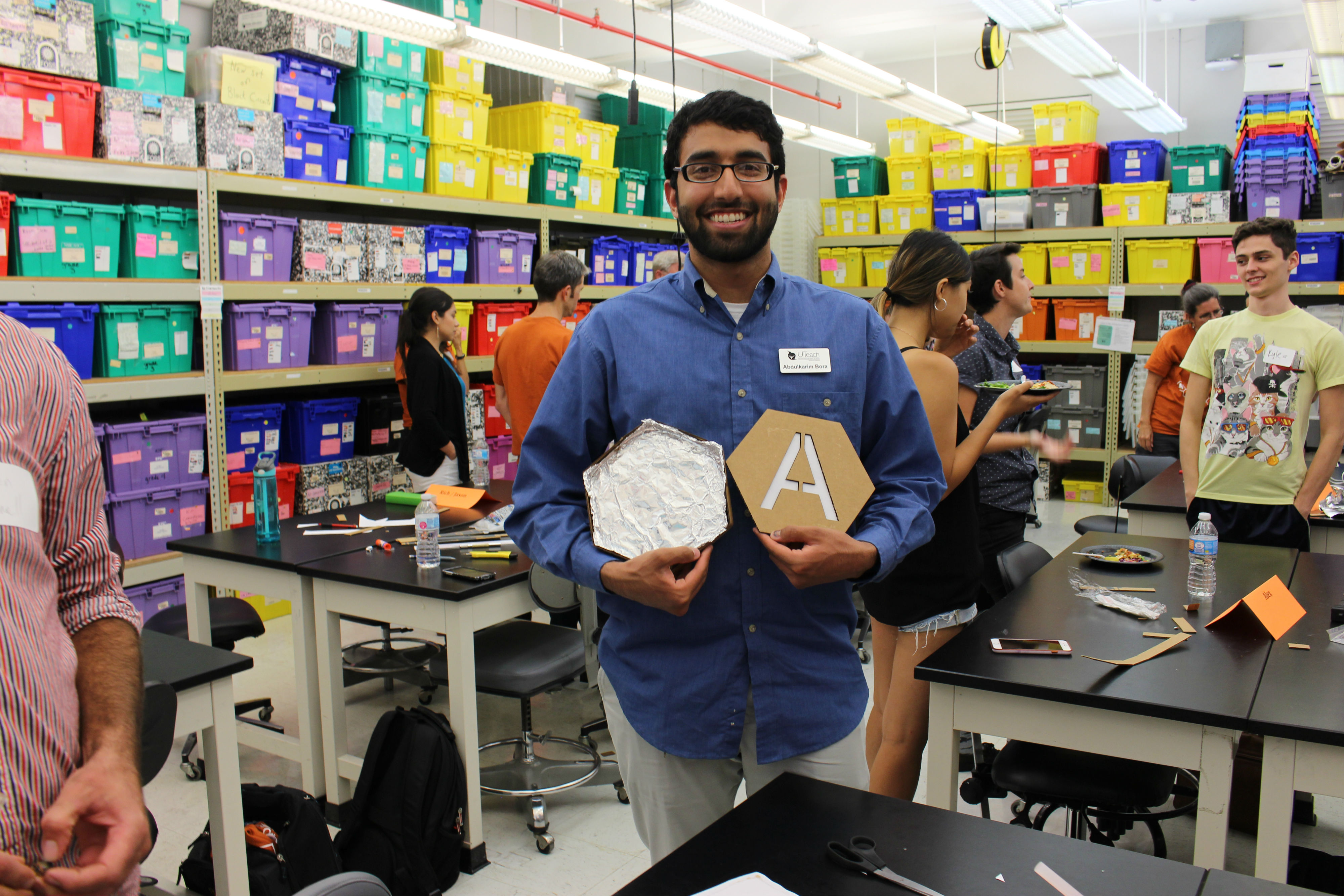 As our first activity of the 2017-18 academic year, Jason led an activity to blend both low-tech and high-tech making to create a collaborative final product. Using laser-cut cardboard letters, hot glue guns, tape, printer paper, tin foil, a string of RGB LED lights, and a 48x36" trifold display board, the cohort was given the challenge to design and assemble a light-up sign for UTeach Maker. 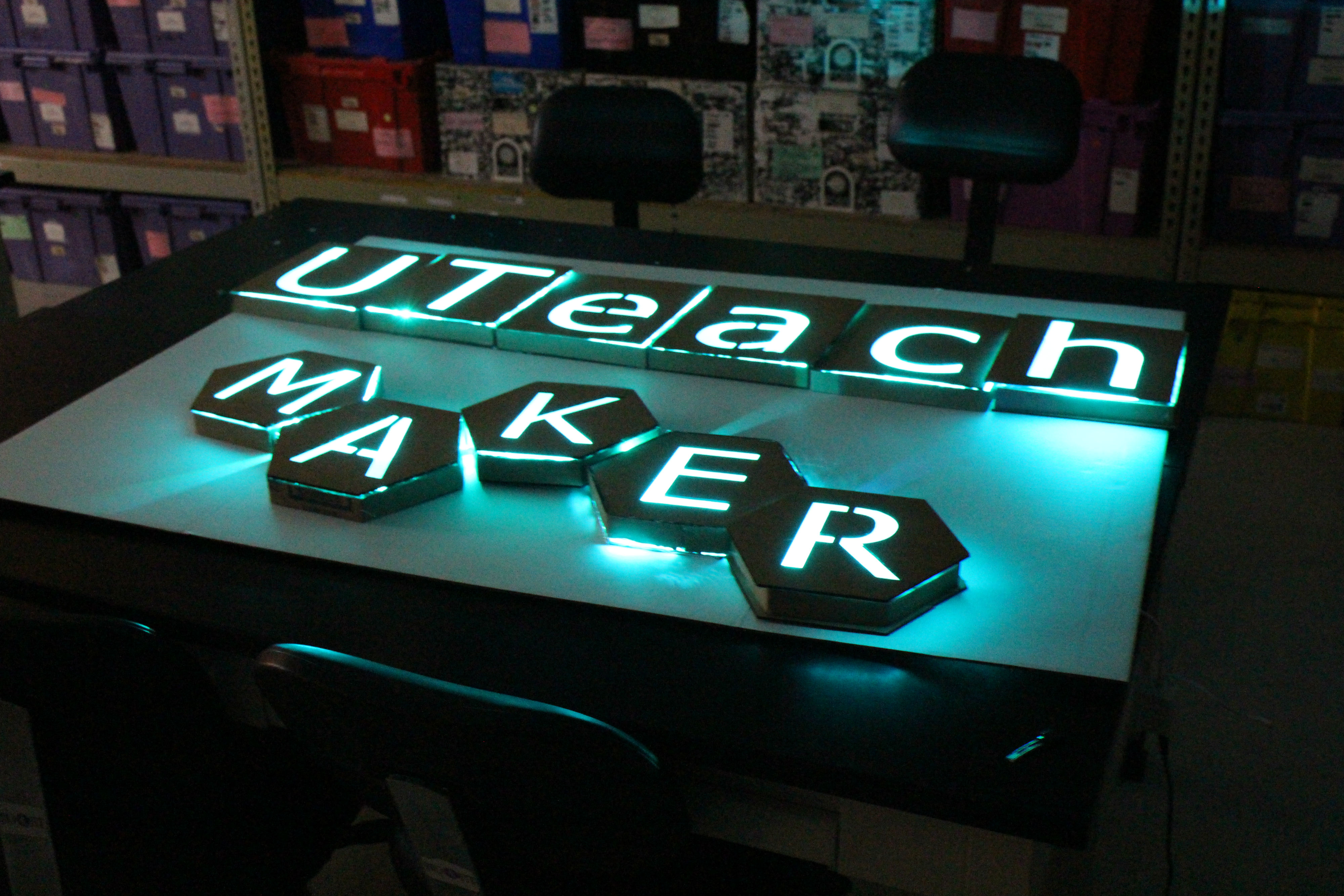 As a team, everybody had to agree on decisions such as the aesthetics of the sign, how the string of LED lights should be run through the cardboard, and how the letters should be laid-out and assembled. Each team was given two letters and had about one hour to construct their final product. 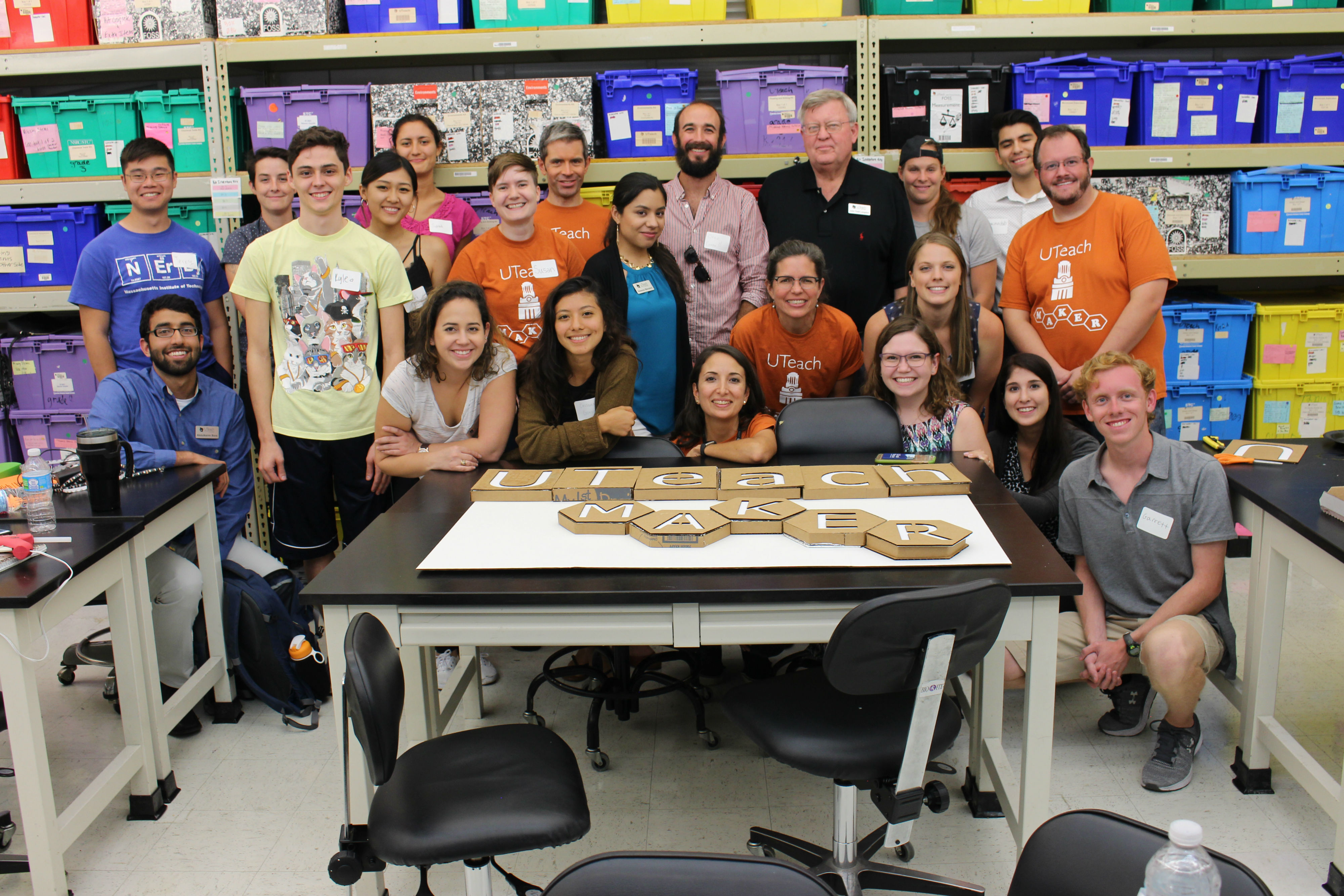 Just like in our maker's future classrooms, problems happen in projects. As we were stringing the lights through the sign, there was a weak point that snapped breaking our LEDs. After three or four attempts to soldier the string back together, Jerry (an electrical engineering major) stepped in and successfully repaired the string of LEDs.

We look forward growing alongside our latest cohort of UTeach Makers! Next cohort meeting will be Tuesday 10/03/2017.